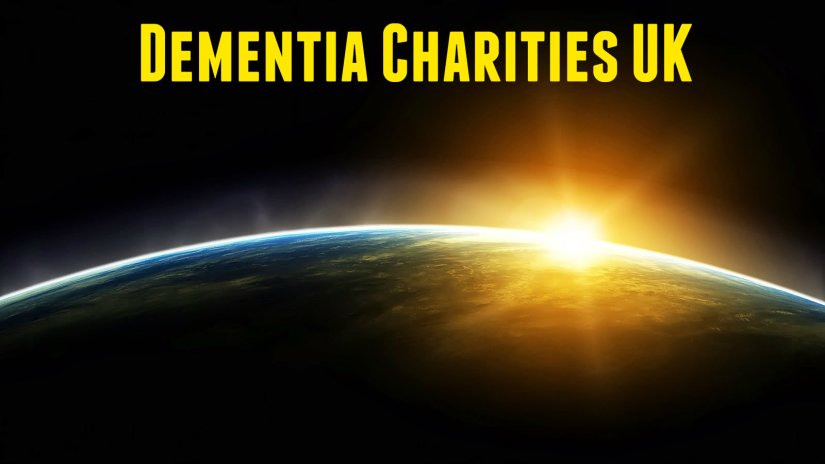 Throughout the United Kingdom a number of charities exist to help those who have been diagnosed with dementia, their family and their carers.

Dementia charities in the UK raise funds in order to address many different aspects of dementia.

These include conducting scientific and academic research into the prevention and effective treatment of the condition, the provision of trained and qualified carers, nurses and support staff, and assisting people with dementia to lead dignified, independent and fulfilled lives.

Whilst there are many smaller, regional and specialist dementia charities in the UK, the largest and best-known charitable foundations which work to improve the quality of life for people with dementia include:

The result of a pilot-scheme aimed to provide ‘Admiral Nurses’ – trained specialists in the provision of dementia care – which began in London in 1990, Dementia UK was registered as a charity in 1994.

The Admiral Nurses were named in honour of the charity’s original benefactor Joseph Levy CBE BEM, nicknamed ‘Admiral Joe’ for his love of sailing.

These specialist dementia nurses provide expert, practical and emotional care and support for people with dementia and their family carers.

They help families to understand dementia, equip them with the tools and skills needed to effectively manage the condition, and offer psychological support to family carers.

The Alzheimer’s Society raises funds via membership and strives to help people living with dementia in the UK to achieve the best possible quality of life as well as providing support and assistance to families and carers.

The Alzheimer’s Society also works with people with dementia and their carers to decide which research projects into the treatment and possible cure of the condition are most worth funding.

By sponsoring ground-breaking research the society hopes to continually improve current dementia treatments and ultimately to eradicate the condition through prevention and cure.

The Contented Dementia Trust pioneered a different and highly effective way of managing the condition for people with dementia, their carers and family.

Called the SPECAL Method, this approach to dementia care takes the view that the condition is a disability that can be effectively and successfully managed, as opposed to an irreversible medical condition that must be defeated.

The SPECAL method of managing dementia is based on a particular explanation of the experience of the person with dementia, using the analogy of a photograph album to represent the memory system and photographs to represent individual memories.

These ‘photographs’ are unconsciously stored, reflecting both facts and feelings of what has just happened a moment before. Dementia is understood as the appearance of a new type of photograph, in which there are no facts, only feelings.

Facts and feelings stored in pre-dementia days remain intact and potentially accessible. This significant change requires those of us without dementia to adjust our normal communication skills when engaging with the person with dementia.

Caregivers are able to avoid many areas of distress if they learn to avoid referencing the recent past unless the person with dementia does so themselves.

This understanding gives rise to a set of principles and highly practical skills which enable care givers to work positively with dementia and connect with the person through the establishment of a common language.

Age UK is the largest charity in Britain dedicated to ensuring that people over the age of sixty can continue to enjoy an active, happy, fulfilled and independent lifestyle.

Age UK provides advice, guidance and support covering a range of conditions which may affect people in their later years, including dementia.

Funded by donations, retail income from its high street charity shops, charitable activities and other forms of trading, Age UK’s vision is to provide “a world where everyone can love later life”.

It hopes to achieve this by funding improvements to, among other things, pensions systems; care provision; rights for older people; housing conditions; the promotion of independence and the eradication of isolation and loneliness.

Founded in 1986, RICE is a registered charity which is committed to undertaking and publishing effective research aimed at “improving the diagnosis, assessment and treatment of people with Alzheimer’s disease and other forms of dementia, the quality of life for older people (and) knowledge of the ageing process and its effects on the brain and thinking processes”.

Besides research, the charity also offers several healthcare services for people living with dementia including a specialist Memory Clinic which can be attended via GP referral, free Cognitive Stimulation Therapy courses, and a dedicated Carers Course for partners, family and carers of those affected by dementia.

Funded by Alzheimer Scotland and the Scottish Government, SDWG was founded in 2002 and is an independent group which campaigns on behalf of, and provides a voice for, people living with dementia in Scotland.

The Lewy Body Society is a registered charity whose purpose is to fund research into Dementia with Lewy Bodies (DLB). Established in 2006, it is the only UK charity which exclusively focuses upon DLB.

The Lewy Body Society’s mission is to raise awareness of DLB among the general public, to educate those in the medical profession and decision-making positions about all aspects of the condition and to support research into it.

The money raised from donations and numerous high-profile charitable events has enabled The Lewy Body Society to fund a wide range of clinical research into various aspects of DLB, helping to advance the understanding of the condition and its effects upon the brain and, in particular, hastening the testing of new drugs for the treatment of DLB.

Since 2009 the Good Care Group has established itself as one the UK’s leading providers of live-in home care and person-centric support and assistance plans which enable people with dementia to lead an independent and fulfilled life.

You can find out more about dementia carer services here.

Alternatively, to speak to someone about your dementia care requirements 0808 1639 659.